The Mineral & Lapidary Museum of Henderson County, Inc. was the dream of one man, Larry Hauser. That dream first began in 1982. His purpose was to establish a place where children could go to see and learn about the earth sciences. The search for a site took 15 years. But that dream became a reality when the museum had its “Grand Opening” on Nov. 6, 1997.

Larry Hauser had investigated several sites in those 15 years as likely locations to house a museum where minerals, rocks, fossils, and other hobby-related items could be displayed. His search ended when the Henderson County Genealogical & Historical Society, was fortunate in leasing the building at 400 N. Main Street, Hendersonville, North Carolina. Dr. George Jones, the Director of the Genealogical Society, had mentioned to Larry Hauser’s wife, Helen, about the building, and that a level was available. After some negotiations, an agreement was reached. The future home of the Mineral and Lapidary Museum of Henderson County, Inc. would be the lower level of the building. All this took place during the spring and summer of 1996.

With the help of many members of the Henderson County Gem and Mineral Society work began. All the renovation work not requiring a licensed electrician or plumber was done by 36 members on a voluntary basis. A cabinet maker was commissioned to construct thirteen specially designed exhibit cases for the various planned exhibits.

In 2005, the museum upgraded its Fluorescent Display to add an audio explanation and provide a black light to the existing short wave light in the display.

On July 17, 2008, Larry, a friend of volunteers, visitors and everyone who knew him, passed away. Helen Hauser assumed the duties of President of the Board of Directors.

In late 2008, the museum unveiled its new T-Rex exhibit with a cast of a skull of a T-rex. It remains one of the more popular exhibits especially for the children.

In 2009, the museum reorganized the display cases which provided additional space and provided a more logical layout. In addition, new furniture was purchased for the museum office to provide a better working environment and space for the museum’s growing file and storage needs.

In May of 2009, Margaret Johnson, Board Secretary and Manager of Museum Exhibits, passed away. 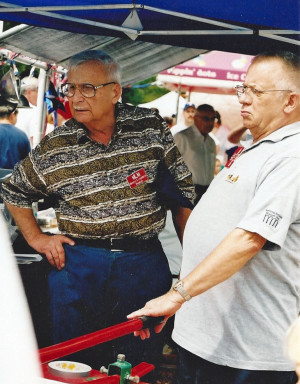 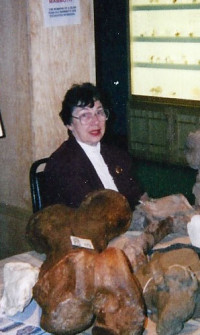